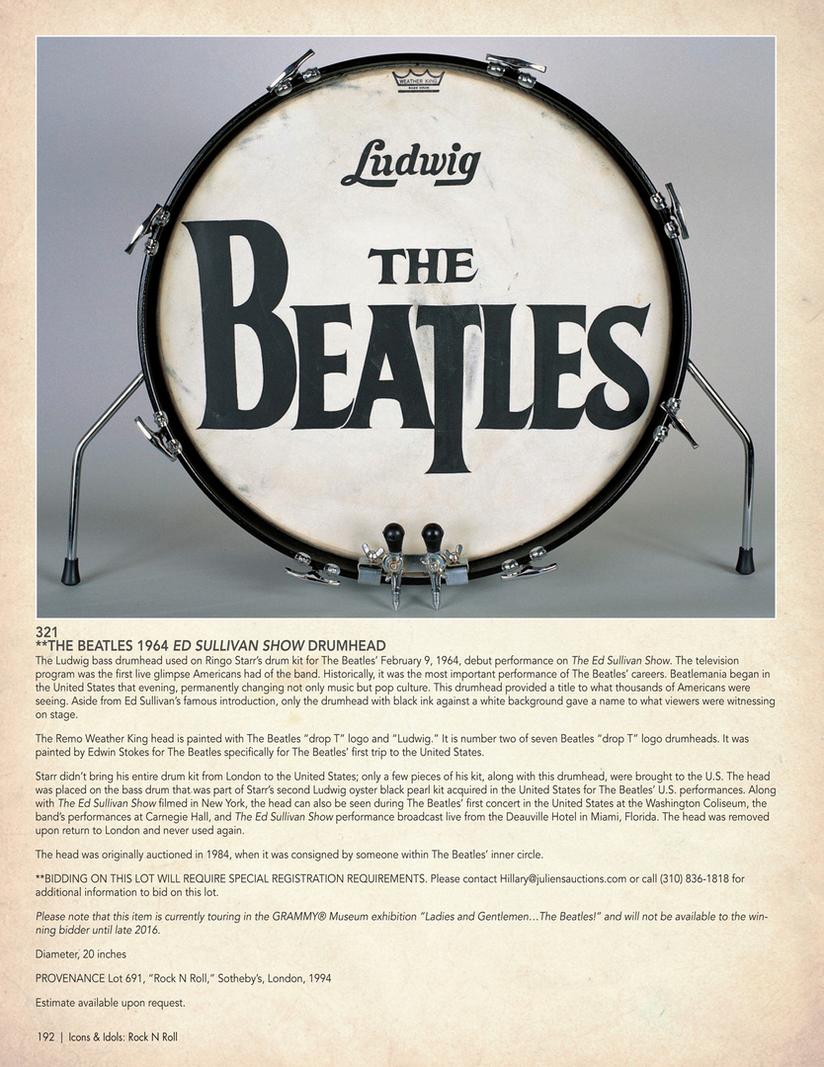 Information on "Beatlesuits" public appearances and Beatles related news below

The Ed Sullivan Show, February 9, 1964. For the generation that grew up in the 1960s, it was not only a pivotal moment in the history of television, but a life-altering personal milestone. On that night, with 73 million viewers tuned in, the Beatles made their live American television debut. As the CBS cameras cut to the group after Ed Sullivan's introduction, every young viewer in the country focused on the iconic Beatles drop-T logo that adorned the skin affixed to Ringo Starr's drum kit. For most, it was the first thing they saw – confirmation that this was indeed the Beatles, the act we'd heard about for the past several weeks; that long-haired group from Liverpool whose latest single, "I Want To Hold Your Hand", was riding high atop the American charts. That opening shot of the Beatles as they kicked into "All My Loving" is as indelible as any in popular culture, and few images in the last century elicit as powerful or visceral a response as that famous logo drum head. It identified the group for us and we instantly connected with them.

This November, this most famous of the seven known Beatles drop-T logo drum heads – the Sullivan drum head – is going to auction for only the second time in its 51-year history, providing discerning Beatles fans the rare opportunity to own perhaps the most important and iconic piece of rock history ever offered for public sale.

This remarkable drum head was hand-painted in January 1964 by London sign painter Edwin Stokes specifically for use during the Beatles' upcoming first visit to the United States. Stokes – who had painted the Beatles' first drop-T logo drum head the previous summer and who, in fact, would paint five of the seven drop-T heads – worked his magic and the completed skin was delivered to the office of Beatles manager Brian Epstein a week ahead of the group's February 7th departure for America. In order to travel light on their maiden trip to the States, John, Paul and George only packed their guitars while Ringo made the trip with no more than his snare drum, cymbals and this drum head. Two days later, just prior to the February 9th afternoon taping of the third Sullivan show, the head was fitted onto a new kit purchased at Manny's Music Shop in Manhattan. The drum head was used for the duration of the Beatles' first American visit, not only for the three Ed Sullivan appearances, but also their first American concert at the Washington Coliseum and two shows at New York City's famed Carnegie Hall. Upon the group's return to England, the drum head was retired to Abbey Road Studios and not publicly seen again until its first sale at auction in 1984.

Aside from its status as the most celebrated of the seven drop-T logo drum skins, the Sullivan head (also known as drum head #2) is the only one that was ever featured on a Beatles album jacket, appearing on the front covers of the Capitol LPs The Beatles' Second Album and Something New as well as on the interior gatefolds of Capitol's The Beatles' Story and Parlophone's Beatles For Sale.

With most Beatles owned and used instruments still in the possession of the individual Beatles and their estates, very few ever make their way into private hands. When they do, they make headlines around the world.  If the sale of any rock music artifact is worthy of global attention, the Sullivan drum head is certainly the one. For the two weeks the Beatles were in America in February 1964, it was at the epicenter of every performance and, to this day, is a certifiable cultural and emotional touchstone for a generation. Once it sells, the chance to own a Beatles artifact this historically significant may never come again in our lifetime. 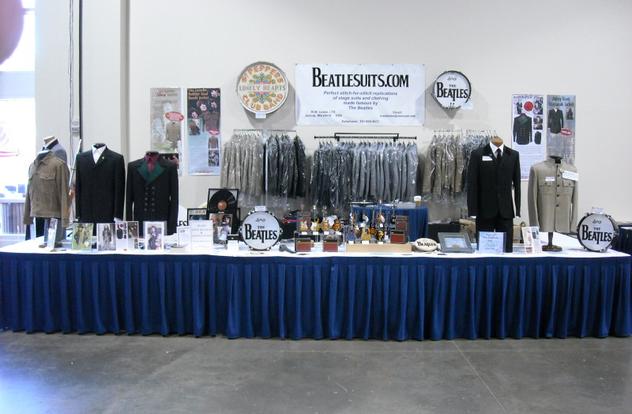